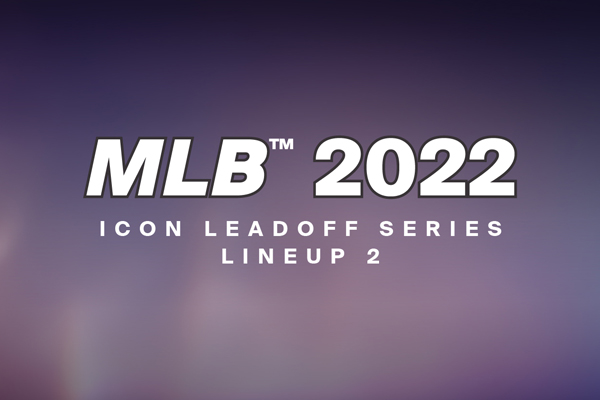 New packs, new players! Leadoff Series Lineup 2 is almost here! This time we're doing something a little different - there will be 6 more Lineups, including this one, containing 90 players each.

Our 2022 MLB Leadoff Series features separate Lineups with 90 players in each, totaling in 720 current MLB players as part of this collection. The first 180 players have been released and now you can add more to your collection.

The Leadoff Series is the only drop where you will see this many players in one set, and a set of this volume. Throughout the year, following the Leadoff Series, there will be other limited and specialized packs.

Each pack will contain five ICONs with a chance at five different rarities. The players included won’t be found in any other Lineups! Players are divided up in drops at random.

In addition to the player NFTs, the Leadoff Series will also introduce eight ultra-rare Candy World Series NFTs. These eight NFTs will be in random packs throughout the drops and the utility will be revealed at a later date.

Dynamic Stats* are part of the 2022 MLB ICONs and they will be updated daily. Each day you can track the performance of your favorite MLB players and see their numbers on the back of your ICON.

In addition to the tiers above, there will be a tier for groups that are granted early access for a limited number of Lineups.

The following groups will have Early Access to Lineup 2 and Lineup 3: