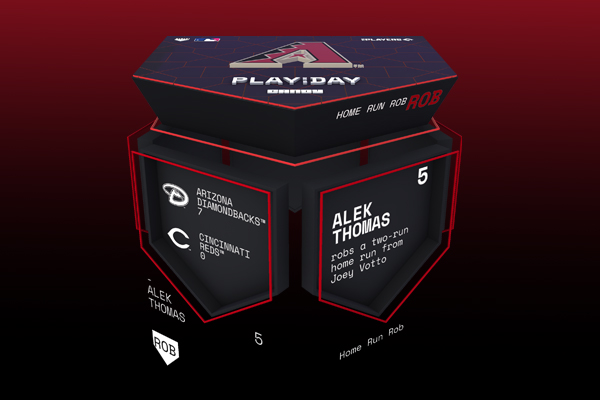 June 10th MLB Fun Fact: Whether you like Boston fans or not, you can’t deny the love they have for their teams. On June 10th, 2012 the Red Sox passed the NBA’s Portland Trailblazers for the most consecutive sellouts for a North American pro sports franchise. Fenway had its 745th straight capacity crowd that night. The streak averaged a paid attendance of 36,544 fans and started on May 15, 2003; just one year after the team got new ownership.

Do you need me to say it? The unstoppable Yankees are leading in power rankings for the fourth week in a row.

Last round of packs is dropping Tuesday! The sixth and final Lineup of the 2022 Leadoff Series goes live on Tuesday and I promise you, you don’t want to miss out on these players. This group of 90 is deep all the way through and we saved some of the best for last. Be ready at noon ET on Friday to grab your packs (10am ET for those with early access!)

Baseball fans can test their knowledge by filling out a trivia form where ~three players will be revealed to have a Titan ICON. The first five users to submit all correct answers each day will receive a $25 Fanatics gift card!

Every weekday (excluding holidays) at 1pm ET the trivia form can be found in a new Discord channel named “🔥│titan-trivia” created by our amazing community team. You can also find this form located through a banner on mlb.candy.com each day new trivia drops.

Limited to U.S. And Canadian (excluding Quebec) residents age 18+ Challenges are expected to begin starting on July 18th. As a reminder, all 100 players with a Legendary ICON in the 2022 MLB Leadoff Series will have a Titan ICON.

This past week the Baltimore Orioles announced their special Commemorative Ticket to honor rookie Adley Rutschman and his big debut! Unfortunately the game was scheduled to happen this past week, but was delayed due to rain. Now you get an extra-extra head start! The new date is Thursday, August 18. All fans who attend the game are eligible to be airdropped (for ~free) the digital collectible ticket for Rutschman and the Orioles!

Bryson Stott finally got his big league moment. The Phillies rookie was recently called back up after having to do a second stint in the minors. Whatever he had while he was down there, I’ll take two. In the past 7 games, Stott had three home runs - one being this two-run homer in the bottom of the 9th to give the Phillies the W on Sunday night locking in a series win against the Angels.

Shout out to the Diamondbacks for getting on the Play of the Day board! Joey Votto went deep on Wednesday night just to get robbed by Alek Thomas. The rookie has been making a splash in his first big league season with 5 home runs and 10 RBI in just the last month of games. Thomas’s catch over the fence near the bullpen in center field is well deserved of this PotD.

On Thursday night at Angel Stadium, Shoehi did what everyone came to watch him do. In 7 innings he only allowed one earned run and had 6 strikeouts, only to follow up and stunt on offense with a 2-run home run in the 5th. This was Ohtani’s second Play of the Day this season dedicated to both a pitching and hitting performance.