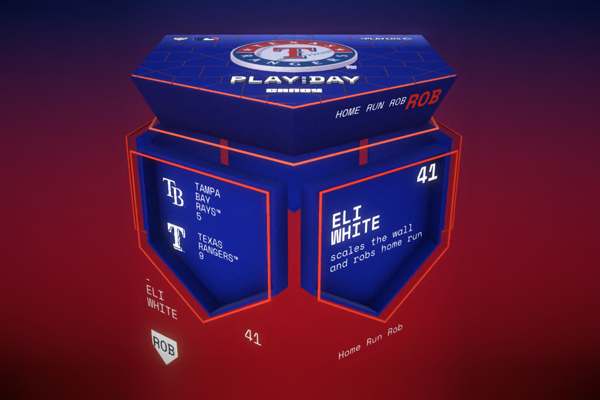 June 3rd MLB Fun Fact: Picture today, but way back in 1932 in honorable memory of Lou Gehrig (completely unplanned - yesterday was Lou Gehrig Day!). On June 3, 1932, the Yankees played the Athletics and two records were broken, with one still standing to this day. Lou Gehrig became the first player to hit four consecutive home runs in a game, and just missed a fifth. But, on top of that, Gehrig’s teammate, Tony Lazzeri, hit for cycle. That game became quite the slugfest, with an ending score of 20-13, and the still-standing record for extra bases in a game is 41.

The standings remain the same as they did last week but I have little confidence that they’ll remain like this for long. I mean, we still haven’t reached the All-Star Game, meaning we’re not even halfway through the season.

Call ups and trades will happen—and unfortunately injuries, too—so who knows what will happen by the time September/October rolls around! What I can tell you is that it still feels like a competition between the Yankees and Dodgers to take home the Commissioner's trophy.

More commemorative season tickets are coming! The Minnesota Twins announced their first digital collectible ticket will commemorate Byron Buxton Night. The game is held at Target Field on June 10 against the Tampa Bay Rays. Join them to redeem your free commemorative ticket! 🎟

ICYMI: This past Tuesday, Leadoff Series Lineup 5 went live! Fear not - if you haven’t seen your favorite players yet there’s only one more Lineup to go. Lineup 6 goes public on June 14. And don’t forget the TITAN Challenge!

Don’t lose faith in your lucky stars, either! Four ultra-rare Candy World Series tokens might have been pulled BUT there’s still four out there somewhere. Their utility is still a mystery but I’d bet it's pretty neat.

It only makes sense for Gorman and Liberatore to accomplish career firsts together, right? Teammates since childhood, went back to back in the 2018 draft, and called up together last week. Gorman made his debut at second on Friday, Liberatore debuted on the bump Saturday. Liberatore was great, with 6 Ks and no allowed runs through 5, all while Gorman sent a bomb to right center for his first ever big league homer at the bottom of the first.

Exactly like the GEICO commercial with Dikembe Mutombo! “No, no, no. Not in my house.” (probably Eli White). Right off the bat, in the top of the first, White defied gravity— and most other human capability—robbing a home run. Props to Ji-Man Choi though, he sent that ball way back there - and even walked back to the dugout smiling after that one.

A 2015 top 5 draft pick, Brendan Rogers brought showers on Coors Field last night. In a double header against the Marlins, the Rockies came away with a walk-off win in the second game after a 14-1 loss in the first. Before last night, Rogers had 17 home runs in his four seasons in the league - last night he tacked on 3 in just the second game. With dingers in the 2nd, 5th, and 10th innings, Rogers gave the Rockies a much needed victory.