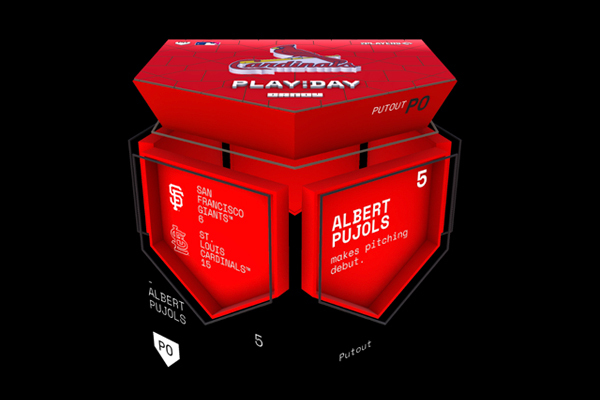 May 20th MLB Fun Fact: On May 20th, 1871 (yes the 1800s!) Mort Rogers introduced a scorecard with Harry Wright, a Boston Red Sox player, on the front. All of the home games for the then Red Stockings featured a new player on the scorecard. The idea was that spectators could collect all of them to complete the full set by the end of the season. If you’re picking up what I’m putting down, you know where this is going. This led to Tobacco Cards which then led to baseball cards which we all know has evolved into digital baseball cards. On behalf of Candy Digital and my job, shoutout Mort Rogers.

Here is something new for you: the New York Yankees are now #1 in the overall power rankings. For the first time of the 2022 season, the Dodgers have been kicked off their pedestal as favorites to win the World Series. The Yankees do have the best record in the league at 25-9. Speaking of, there must be something in the water flowing through New York City because the second-best record in the league belongs to the Mets at 23-13. Maybe the water is only in Queens and the Bronx though and skipped over Manhattan because I’m not feeling like I could throw 98.

Moving to the division leaders:

🎟 Tickets! We are excited to announce our newest product….MLB Commemorative Tickets!  🎟 These collectible NFT tickets will be offered to fans to mark a momentous occasion in an individual team’s season. The NFTs will feature beautifully-designed custom visuals, the game’s final score, and seat details. These NFTs will be offered FREE to all of that game’s attendees and can be traded on the Candy marketplace.

The first round of tickets goes live TODAY! The Chicago Cubs are the first team rolling out as they unveil the new Fergie Jenkins statue at Gallagher Way at Wrigley Field. Just because it's the first doesn't mean it's the only - throughout the season more teams will be releasing their tickets for their commemorative games.

ICYMI: Stop, drop…burn for a new TITAN ICON. 🔥 Candy is rolling out its first ever burning challenge this June. Everything you need to know can be found here, but here’s the big stuff: there is a new, exclusive rarity called TITAN, falling in between the Legendary and Epic rarities. There will be a TITAN challenge every week from Monday-Thursday with specific players each week to chase.

To achieve this new TITAN status, one must collect the necessary amount of points via different ICON rarities. Once your collection is full and up to par with points, rarities needed, and available player, you’ll submit it and watch ‘em burn! Once your collection is burnt, you will be airdropped a new TITAN rarity of the player you chose, and only 100 TITANs can be minted per player. Happy collecting!

Also…packs next week! Leadoff Series Lineup 4 will be available starting Tuesday! All new players included and some might just be available to turn into a TITAN. Keep an eye out for drop specifics and players included. Don’t forget there’s five more ultra-rare Candy World Series NFTs still out there - try and join the lucky three that have already pulled one!

This week’s Plays of the Day are flying high and fast! Ohtani’s and Pujols’ are moving in triple digit ranges, with the first number not always being one! Individual ICONs across all packs are also selling at wild prices!

🌈Visit the marketplace, complete the rainbow, go for a TITAN ICON!

Brand new to the Minnesota Twins; brand new meaning only 10 games played in MLB total. After Carlos Correa got hurt, Lewis was brought up to fill in. I’m sure there are usually a lot of expectations coming from a first pick overall in the draft, but I don’t think anyone expected this. Lewis became the second Twin ever to hit a grand slam as his first career home run, casual I know. As the man himself would say, he’s “just young and having fun.”

The reigning MVP and face of The Show, Ohtani has reached another career milestone. He is the third Japanese player to reach 100 career home runs, however he was the fastest to get there, doing it only 444 games. On top of that, up until Saturday, Babe Ruth was the only player to achieve 100 home runs AND 250 strikeouts. Now there are two players in that club.

Position players pitching! For the first time in his career Pujols was on the bump. After 21 seasons, and 16 awards (3x MVP) he got his shot. Similar to Ohtani, Pujols is now the second player to accomplish something with the only other player being Babe Ruth; Pujols became the second player to hit 600 home runs and pitch in a game. Pujols threw 26 pitches with 16 strikes, but did allow 4 runs in the 9th. However, the love from his teammates and fans trumped any bad vibes from those allowed runs.