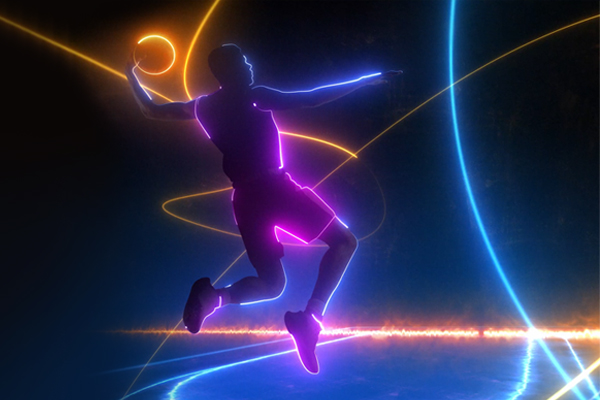 College basketball is nearing the end of its regular season, and marching quickly towards postseason excitement. Our Candy Sweet Futures are crushing it, and we have a few more to introduce to you. Here are the final three players to join the previous five in the Candy Sweet Futures Basketball Collection. Collect all eight players in the Rare, Epic, or Legendary tier and earn a chaser reward! See below for more details.

Johnny Davis: Sophomore guard Johnny Davis is helping his team transform into a conference title contender. The University of Wisconsin starter has won a National Player of the Week Award and is in the running for his conference Player of the Year award. Standing at 6 '5”, Davis leads the Badgers in points, rebounds, and assists, averaging 20.6 points and 8.3 rebounds per game.

Kendall Brown: Guard Kendall Brown is having a stellar freshman season for the Baylor Bears. He’s a 6’8” offensive weapon shooting nearly 60% from the field and 30% from the three-point line. Brown has his team poised for a Big 12 title run, and a high seed come March. Looking ahead to June, Brown currently projects as a late first-round selection as teams will vie for his high upside and limitless athletic potential.

Keegan Murray: Keegan Murray is having a standout sophomore season. The 6’8” forward is a problem for opposing defenses, posting three 35-point games this season, positioning himself towards the top of the nation’s scoring charts. He’s the only player to have back-to-back 30-point games in his conference this season. Murray has been named his conference’s Player of the Week four times thus far, furthering his All-American case and actively moving himself up on mock draft boards. He’s also a defensive weapon with triple digit rebounds, and forcing 46 turnovers. Look for Murray’s name to be among the first 10 called at June’s Draft.

Sign up now to receive email updates on the collection and drop details! There will be four different rarities for each player and drops will occur on Monday, March 7, 14, and 21. The NFTs can be found on the Candy marketplace. You can use debit/credit cards for all transactions.

*Epic and Rare editions will be available until they sell out. The time windows are specific to Core editions and the 1:1 Auctions.

All those who purchased a Candy Sweet Futures Football NFT directly from Bitski prior to Monday, February 21 will have early access for the Core edition of each basketball collection drop. Early access will open 30 minutes prior to each drop at 11:30a ET.