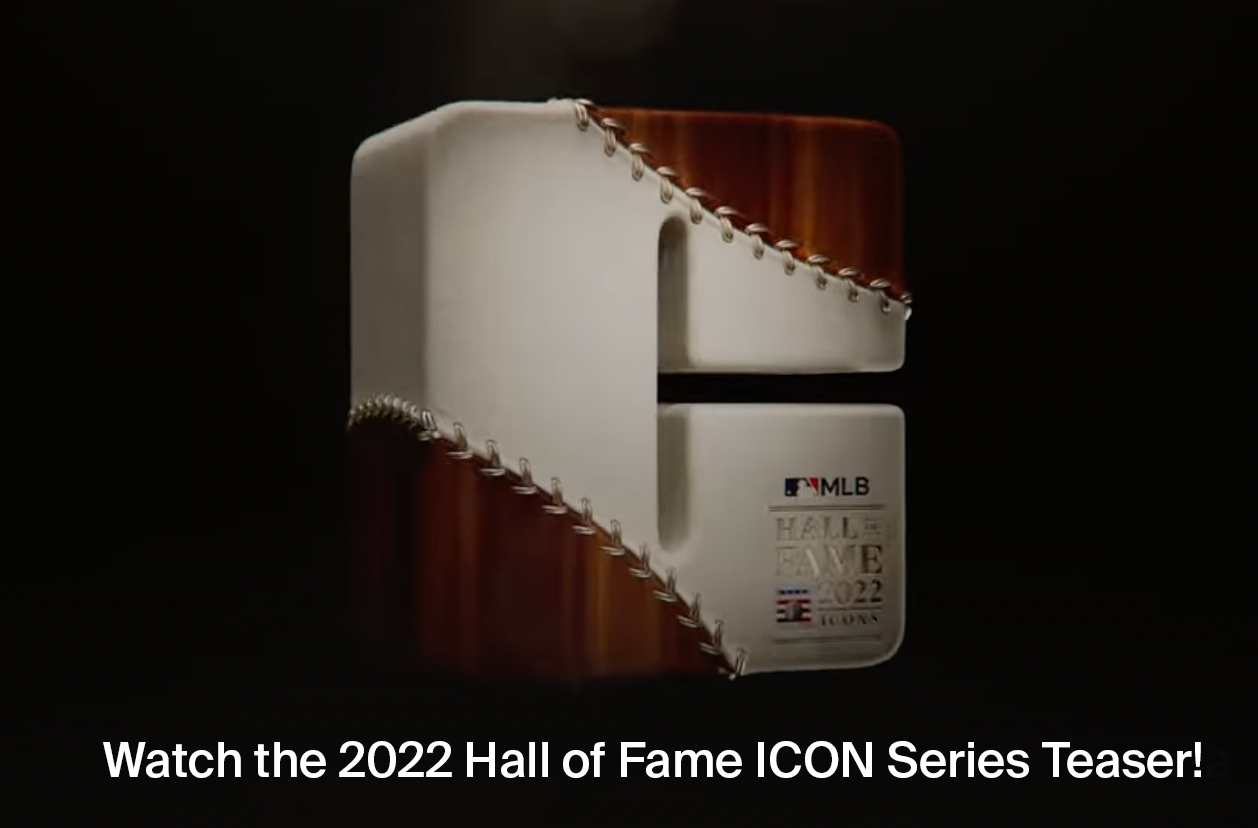 Introducing the 2022 Hall of Fame ICON Series, Candy’s first product in partnership with the National Baseball Hall of Fame. The packs will represent the Hall of Fame and all that the players included achieved during their playing days. There are currently 340 players who have a plaque hanging in Cooperstown. The members of the Hall of Fame helped pave the way and set a standard of play for all those who stepped on the field thereafter.

The game has grown, changed, and shifted since its start in 1846. There has always been a handful of players who set the standards in each category of play, who had highlight reel moments that are still watched to this day and who achieved so much in their playing days to earn their spot in the Hall. The corridors of the Baseball Hall of Fame are lined with memories, physical items too great to not display, and the love for a game that is America’s Pastime.

In the 2022 Hall of Fame ICON Series Candy will be honoring 30 members. The full list can be found below.

‍NOTE: Lou Gehrig Bust holders will need to fill out the following form to verify ownership in order to be granted Early Access: https://bit.ly/3zAUR9N

Stadium Chaser Special Edition holders will need to fill out the following form to verify ownership in order to be granted Early Access: https://bit.ly/3Q2bxwj

The snapshot for Early Access will be taken on Monday, August 1, 2022 5:00 PM ET. For Week 3 of Titans, we will record those who burned for Titan ICONs the day of the snapshot, as collectors will not receive that week’s Titans until Friday, August 5th.

Full set collection details to come with a unique twist for those who grab all 30 Hall of Fame ICONs.